I’ve been reading a fair bit of the core Dungeon World rulebook recently. I like the fact that it feels both old and new at the same time. As if it has captured the essence of the early versions of D&D but somehow managed to add a fresh twist. I’ve also been very impressed, as previously noted on this blog, by Dungeon Crawl Classics.

Both of these games stir something within me. A nostalgia for the time when I first fell in love with Fantasy Role-Playing games. D&D 5th Edition rekindled that love. I doubt I’d have immersed myself back in the hobby to the extent I have if it wasn’t for the fact that 5e feels so much like the D&D of my teenage years.

I wanted to use this post to talk about where it all started for me. Back in around (I think, but the memory is hazy) 1982, a friend of my Dad’s (an avid board wargamer, as is my Dad) came to our house one day and handed me the box set Moldvay 1981 edition of Basic D&D. He’d bought it and hated it, deciding to end his brief flirtation with RPGs and continue with wargaming. I was to be the beneficiary of this lack of interest in Elves and Dragons. 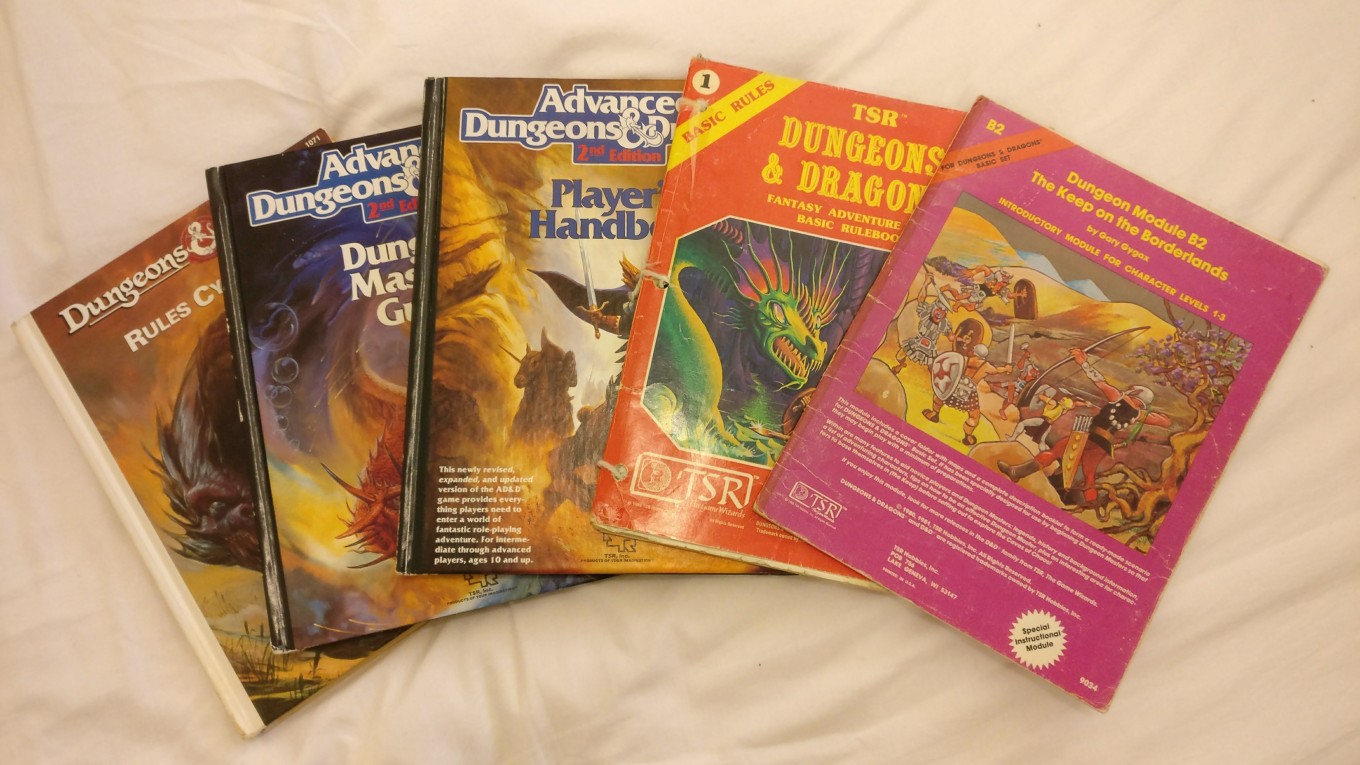 The boxed set was in pristine condition and came with the original orange ‘Dragon Dice’ – still unmarked and with the little white crayon for colouring in the numbers still in the packet as well. It also came complete with the wonderful module “B2: The Keep of the Borderlands”, now considered such a classic that Goodman Games are set to relaunch it for 5th Edition. I’ll snap their hand off when it’s finally published.

I still have the books and the dice. Sadly the box has gone for a burton somewhere back in the mists of time which is a shame but nevertheless I still have most of the set.

To say that this box set lit up my imagination was an understatement. In an era where computer games were fairly basic and not exactly thrilling, D&D was an escapists dream. There was no Skyrim to woo us in 1982 . I devoured the book and daydreamed my school days away doodling swords, helmets and suits of armour on the back of school books. It wasn’t long before I found like-minded souls and my dungeoneering career began. More often though (and it’s still the case to this day) I would take on the role of Dungeon Master. Looking back, I’d say I wasn’t a very good DM. I’m struggling to recall ever running a campaign of any real duration or even DMing a game with anything other than level 1 characters in it. I was clearly the king of one-shot games before one-shots were even a thing. 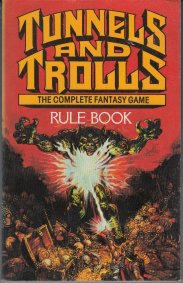 From there I moved on to Tunnels and Trolls. It’s pretty basic looking back at it now and it hasn’t stood the test of time very well, but I loved the simplicity of the game. It was so much easier to GM than even Basic D&D was and this was partly the reason I also picked up Fighting Fantasy: The Introductory Roleplaying Game. I’d got into Fighting Fantasy Gamebooks slightly before D&D proper, but only just and I really enjoyed the RPG. It had a great little adventure included called “Shagradd’s Hives of Peril” which I robbed from shamelessly for years later in games I ran in other systems.

I fell into AD&D by purchasing 2nd Edition in 1989. I’m sad to say that I never really got into it, preferring to fall back on B/X because that’s what we all played even then, 8 years after release. I always felt 2nd Edition (and 1st when I’d dabbled in it in the very early days with someone else DMing) just felt really complex and rules heavy. I do still enjoy flipping through my copy of the 2e PHB and DMG though. 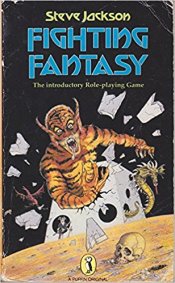 I love the feel of those old books. Every so often I pull out the black canvas holdall which contains them and as I flip through the pages I’m immediately transported back to when I was 11 or 12 years old. The sheer excitement of first learning how to create a character, the first dungeons which I put together, my (still pristine) copy of Grimtooth’s Traps. The artwork is just amazing. I particularly love the Erol Otus stuff in the Moldvay/Cook books. I’ve no interest in playing Basic D&D again. I’ve travelled too far in my RPG journey to go back to Magic-Users with 1d4 hit points but these books are a key part of my life.

What a time to be alive!

One thought on “Back to Basics: Where My D&D Journey Began” Leave a comment ›